The Necessity of Heroism

Last week, our country experienced collective shock and grief after the heinous, egregious acts committed in Aurora, Colorado.  In the aftermath, we learned details about the seemingly normal killer, as well as the acts of bravery which emerged from the shadow of the tragedy.  Hope, although a little seedling, was springing up in the hours after the shooting.  Stories poured in about the resilience of the movie patrons, of men throwing themselves over women to shield them from bullets, of people who narrowly escaped with their lives and praising God for second chances.

As everyone knows by now, the film the victims went to see was the final installment of the Batman: Dark Knight Series.  I find it no coincidence that the storyline boasts of a vigilante poised and ready to defeat the dark forces of Gotham City.  In fact, heroes are a topic of perennial interest.  We all long to have a hero.  We have all felt powerless before.  We have all experienced uncertainty.  If you are a self-confessed “control freak,” you are nearly sickened by the feeling, nauseated by the lack of power over the situation.  But what can one do?

Trust in a hero?  Is this what the film suggests?  Furthermore, is this what the Bible suggests?  The Bible assures us that God will help us in times of trouble.  He will comfort our grief, pacify our sorrow with the reminder of his promises. Our sense of justice, I firmly believe, originates from our Creator.  As we are fashioned in His image, our desires can often be His; the exuberant joy we feel when the antagonist is finally conquered is deeply planted in the heart of us all. I also have faith that our justice system will deliver due punishment to the young man involved. It will not bring back the precious lives that have been lost, but it will hopefully bring some closure to the families of the victims.

There are times that we desire heroes, in which gross injustices demand action.  Have you ever felt this way?  Have you ever found yourself in a place where you wish to look up and, through the tears in your eyes and the thumping in your chest, see your deliverer rushing to your aid to your great relief?  I have mentioned in previous blogs that my mother is a breast cancer survivor.  Last January, while I was reading The Chronicles of Narnia, she was diagnosed with ductal carcinoma in situ (“in place”). Please note that no one in my family has ever had breast cancer.  It was one of the most difficult periods of my life.  At times, I asked God why.  Then there was the moment during a doctor’s visit where the doctor turned to me and said, “And we’ll probably start checking you out in about 15 years.”   I prayed, on my knees every night, for God to heal my Mom.  I cried incessantly for about a month, striving to appear unaffected at work, but when I was alone, the fear would wash over me afresh.  I remember driving home one night in thick fog and thinking, This is a metaphor for my life.  Limited visibility.  Unsure of where I am headed and most frightening of all, unsure about how all this will end.

Then I began to reflect on what I was reading.  In C.S. Lewis’s The Magicians’s Nephew, protagonist Digory enters Narnia with the assistance of rings and a portal in the Wood between the Worlds. Here, he observes Aslan singing Narnia into existence then attempts to ask his help in healing his mother, who is ill back in London:

“‘But please, please – won’t you – can’t you give me something that will cure Mother?’  Up till then he had been looking at the Lion’s great feet and the huge claws on them; now in his despair, he looked up at its face. What he saw surprised him as much as anything in his whole life.  For the tawny face was bent down near his own and (wonder of wonders) great shining tears stood in the Lion’s eyes. There were such big, bright tears compared with Digory’s own that for a moment he felt as if the Lion must really be sorrier about his Mother than he was himself. ‘My son, my son,’ said Aslan.  ‘I know.  Grief is great.  Only you and I in this land know that yet.  Let us be good to one another'”

Aslan then assigns Digory the task of obtaining an apple from a special tree. Digory does not know why he is to secure this apple.  Like Adam, he is tempted by *Jadis (who would “later” become the White Witch).  He thwarts her attempts and returns to Aslan with the apple.  Aslan then plants a tree.  Digory informs Aslan that Jadis tried to persuade him to eat the apple (as opposed to following  orders and delivering it to Aslan).  Aslan continues:

‘”Understand, then, that it would have healed her; but not to your joy or hers.  The day would have come when both you and she would have looked back and said it would have been better to die in that illness.’ And Digory could say nothing, for tears choked him and he gave up all hopes of saving his Mother’s life; but at the same time he knew that the Lion knew what would have happened, and that there might be things more terrible even than losing someone you love by death.  But now Aslan was speaking again, almost in a whisper: ‘That is what would have happened, child, with a stolen apple.  It is not what will happen now.  What I give you now will bring joy. It will not, in your world, give endless life, but it will heal.  Go.  Pluck an apple from the Tree.”

God, I prayed, isn’t there something else I could do?  Some magic apple I can carry back to her to eliminate the cancer? No, but I have something real and far better.  I have faith in a God who can truly heal her.  He can purge these “antagonists” out of her body.  I must pray and believe, believe with every fiber of my being that healing would come.

Fighting back tears, I progressed into the final chapter of Magician’s Nephew. Digory and his friend Polly plant a seed from the Narnian apple and, to their astonishment, it begins to quickly sprout.

“About a week after this it was quite certain that Digory’s Mother was getting better.  About a fortnight later she was able to sit out in the garden.  And a month later that whole house had become a different place.  Aunt Letty did everything that Mother liked; windows were opened, frowsy curtains were drawn back to brighten up the rooms, there were new flowers everywhere, and nicer things to eat.  And the old piano was tuned and Mother took up her singing again, and had such games with Digory and Polly…”

Aslan was the hero.  I found mysterious strength in that.  I was not retreating from reality by reading Narnia, rather I was seeing God’s promises through it. My mother, on Saint Patrick’s Day of last year, underwent a single masectomy.  The cancer had NOT spread to her lymph nodes, but thankfully was contained in a specific area.  Today, she is cancer free.  I cannot thank God enough for the “apple”, the healing He delivered.  Not a day goes by that I don’t ponder and appreciate it.

The truth is, control is merely an illusion.  If you believe that Christ has a plan for you, you can certainly ignore that plan and take another route (not recommended) or you can surrender to it.  If you believe God is in control, then you must admit that ultimately you are NOT.  Some may feel helpless, but to some degree, I feel liberated.  I am fairly clumsy, so Heaven help me if I were left to determine my own path. I continually need a hero, a safety net.  This life can be difficult to navigate, but like the people of Gotham City, I can look up and know help is lingering above me.  His reach far exceeds the stretch of a rescue signal. We also know that God will grant peace to the victims’ families during this horrific time.  I pray they can endure each day with the supernatural strength supplied by our Father.

Because in the end, the hero is going to win.  The ride may cause our stomachs to turn, may cause us to question if the help really exists, but we know that just before the credits, hope will persevere.  Justice will come, and that swiftly.

My prayers continue for the victims’ families of the Aurora tragedy.  But the story has not reached its conclusion yet, so do not fear. Our Hero, and our hope, will prevail. 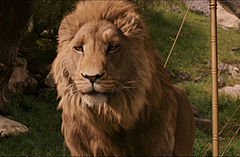