The C.S. Lewis and Women Series – Conclusions and Discussion 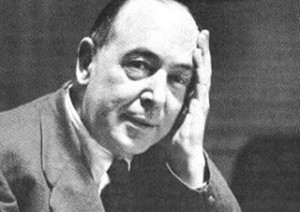 The genesis of this series began with a offhand comment uttered during my doctoral defense.  It was tossed carelessly into the air by an uninformed spectator and quickly disregarded by my committee members. It could have easily evaporated as I emerged from the defense triumphant. Yet secretly, I was deeply wounded. I could not reconcile the assumption of a misogynistic Lewis with the writer who led me through the wardrobe into Narnia, to the Christian who helped me better understand and appreciate my faith, to the one who granted me permission to mingle intellectual inquiry and spiritual belief. Surely this man, who had an extraordinary grasp of the human creature, could not espouse such rigid, biased, and archaic views of women.

Now here I am, nearly two years later, spurred by that comment into a curious investigation (and personal journey) into the meaning of gender through the lens of C.S. Lewis. I have looked at his early relationships with women to his friendships with poetesses and female correspondents. He has written a wide range of female characters, from timid queens to strong-willed, independent female scholars. These complex characters are as lovely as they are diverse and each flourishes in a plethora of environments – by a snowy lamppost, walking confidently among the citizens of a distant planet, ruling a kingdom beneath a mysterious veil, or cowering under the oppression of a malicious organization. I firmly believe that Lewis’s characterization is not always a critique of the female population, rather an earnest look about the proclivities of human nature (human = male AND female). 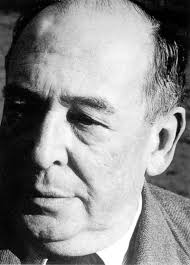 Do I agree with everything Lewis said about women? Well, no. I believe that Lewis’s perspective matured as he was exposed to more women as an adult. When I first read “Modern Man and His Categories of Thought” (1946), I was disturbed by his shallow knowledge on female topics of conversation. I credit Mrs. Moore, Ruth Pitter, Joy Davidman, and Dorothy Sayers with assisting Lewis in a better understanding of women. As a female Lewis scholar, I have come to a better understanding of my own gender through Lewis’s eyes. For example, I was completely arrested by the scene at the end of Perelandra in which Mars and Venus, stripped of their reproductive organs yet still essentially and thoroughly gendered, rule differently yet peacefully.

No matter your personal opinions on Susan’s loose end in The Last Battle, we cannot ignore his compassion and kindness to women. In his marriage, he was a consummate gentleman. He sought a poetic mentor in Ruth Pitter. He lauded the works of Dorothy Sayers. He was consistently encouraging and receptive with his female correspondents. Through his private responses, Lewis reveals a true curiosity and genuine concern for people which extends far beyond the socially reductive suppositions of gender.  His works illustrate a growing understanding of God and man, climaxing with the piece of fiction in which all is revealed after we have the courage to lift our veils and come face-to-face with God unarmed. We must strip away all of the veils and robes that hinder us (yes, even our sexual trappings) and bow in God’s presence unfettered by burdens of our own creation. 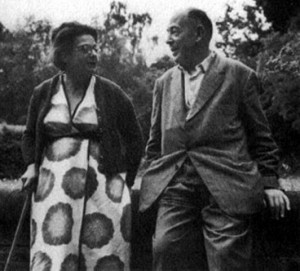 Through this series, I honestly sought to prove people wrong, people like J.K. Rowling and Philip Pullman and every scholar who wrote biased articles indicting Lewis as a misogynist without giving his corpus a thorough read. It was a romantic notion, the thought that an indignant fan could come to Lewis’s aid (I chuckle at the thought now) in some display of heroic devotion. But this is a ridiculous notion. I certainly hope that I have corrected false assumptions on Lewis, but the truth is, I did not need to save him. If a rescue occurred, surely it was Lewis grabbing me by the collar in the margins of my misunderstanding in an imaginatively-barren world and galloping swiftly toward Truth and Beauty, toward Light, toward a God who created and loved me. I am not deifying Lewis, rather he is simply the messenger, the conduit – my humble version of Hermes. He helped me draw away my veil, like Orual, and find the fallacy and beauty underneath.

Through Lewis, I have learned to stop boxing shadows. There is no reason for lingering resentment about being female, about apologizing for “not having kids”, about screaming at glass ceilings. Do unfair discrepancies exist between males and females in culture? Absolutely. I am often faced with them, and find myself rather unhappy when I do. But these are human constructs, obstacles which Lewis would argue have haunted us since The Fall. It is not assent, it is not acceptance or surrender.  I wash clothes and cook food and read books and write papers. Wife and scholar are not mutually exclusive.  I will continue to pursue my dreams and explore different aspects of Inkling scholarship.  I am a woman, but more importantly, I am a child of God. I may continue to confound collective reasoning and long-cherished tradition but I cannot, in good conscience, continue to grumble about my perceived limitations. Taking a cue from Lewis’s Venus, I wish to embrace life with an “open palm” (as opposed to Jane’s clinched fist) and move beyond my frustrations. Essentially, I am a miscellany, many of Lewis’s beloved (and hated) characters rolled into one. One moment, I am Eve (the Green Lady), the next Jane Studdock, the next day Susan, the next week Lucy.  I am Psyche and Orual.

Throughout my enigmatic existence, God is the one constant.

And this is where the journey leads us…to a better understanding of God and of ourselves. Ironically, studying Lewis’s work has surprisingly blurred the definition of gender and tempered my own enmity. These were not my intentions when I started; my initial goal was to build a formidable defense of Lewis’s female portrayals. Fifty years later, the don is still instructing. Thank you Jack!

Would you like to see this series expanded to a full-length work? Please comment below. Thanks for joining me on this journey.