Literature in the Soul of Me: A Review of Karen Swallow Prior’s Booked

“I know that spiritual formation is of God, but I also know – mainly because I learned it from books – that there are other kinds of formation, too, everyday gifts, and that God uses the things of this earth to teach us and shape us, and to help us find truth”. 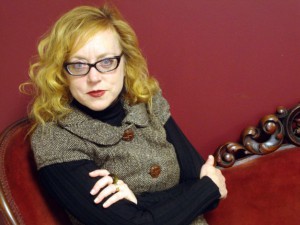 As a kid, there was just something about books that fascinated me. I was an only child, so I found companionship in protagonists hidden among the pages of books.  Often, it was the smart, savvy Nancy Drew or the stimulating company of Archie and his friends. On occasion, I was the protagonist.  One of my favorite series was Choose Your Own Adventure, in which glorious success or utter failure depended upon the direction I, the eight-year-old explorer/spelunker/diver, would choose.  I must admit that I would often “preview” each decision to see how I would end up.  If my first inclination would lead to certain peril, I would quickly choose the other path which prolonged the adventure.

No wonder, then, that I chose books as a profession.  Long before I declared an English major in college, I had experienced the contours of life through the lens of talented wordsmiths. I had traveled to far lands, feasted my eyes upon rare jewels, unraveled various mysteries – all while sitting quietly on my bed.  Reading, for me, has always been a reciprocal activity; I invest my time and in return, receive knowledge, wisdom, or entertainment.  Throughout my life, my greatest teachers have been authors. Books have formed and shaped me intellectually, spiritually, and emotionally.

And so it is for Karen Swallow Prior.  An English professor and contributor for Christianity Today, The Atlantic, and most recently RELEVANT, Prior’s new book focuses on how literature guided her spiritual journey. Her impressive list of influential works ranges from Charlotte’s Web to the great staples of the literary canon such as Great Expectations, Jane Eyre, Tess of the D’Ubervilles, and Madame Bovary (among others). 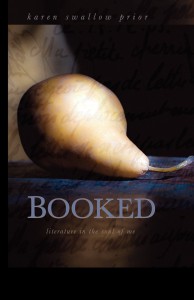 She, like C.S. Lewis, was never denied certain types of literature and so she read voraciously as a child. Books were not an escape from life, rather they inform and enhance our interactions in reality.  They help us to uncover arrangements of glorious design, patterns that we were perhaps blind to if we had not been “awakened” by reading great works of literature. Dr. Prior retells her early love of horses (especially one named “Sonny”) and how Charlotte’s Web encouraged her appreciation and love for animals. As she matured, she understood, with the assistance of Gerard Manley Hopkins, that complete self-confidence derives not from our ability to blend, but in celebrating the unique qualities God has given every individual.

And then came along Mrs. Lovejoy.  Mrs. Lovejoy was Prior’s eighth grade English teacher.  As Prior mentions, Mrs. Lovejoy resembled a character from popular novels (even her name sounds rather Dickensian).  Prior writes, “She was as then and tall as a birch tree, and just as silver and smooth.  She was older than dirt, too.  Peering down from the top of her spectacles at all of us in the throes of awkward adolescence, she commanded both fear and respect.  Mrs. Lovejoy was passionate about not just what she taught but also about those whom she taught” (chapter 4).  Although Mrs. Lovejoy taught from an abridged, illustrated version of Great Expectations, Prior was still swept away by the imagery, the emotion it inspired.  It was an invitation to delve deeper; Prior likens it to “a child’s first communion: a step taken in immature faith toward a fuller, richer experience to come” (chapter 4).  As she develops, the literature continues to reflect aspects of her journey.  For example, middle school (which was absolutely horrible for most people, including me) is typically characterized by fierce competition, bullying, and an overwhelming need to “fit in”.  Prior states that she endured the same struggle of being incorporated or excommunicated from particular social groups as an eighth grader.  She found solace and relevance in the story of Jane Eyre, a feisty orphan who would not be defined by her circumstances. Prior also illuminates an interesting point about adolescence as illustrated in Jane Eyre.  Jane desires the affections of Rochester. After securing his attention, she finds herself enamoured, in a very unhealthy way, with him:

My future husband was becoming to me my whole world; and more than the world; almost my hope of heaven.  He stood between me and every thought of religion, as an eclipse intervenes between me and the broad sun.  I could not, in those days, see God for His creature: of whom I had made an idol.

As a high school teacher, I see this every day.  Even Shakespeare warned that such passionate, impulsive emotions would not end well.  Yet, I continue to see students who engage in this type of “worship”.  However, I can’t blame them.  Like all young girls, I felt that the presence of a boyfriend would validate me.  It would prove that I am desirable and attractive.  Although I didn’t date until later in high school, I possessed such a propensity (like Jane) to deify males I was interested in.  Prior, in fact, tells of this very propensity with her boyfriend Randy.  As she progresses to college, Prior sees the chasm that is swiftly widening between them.  She admits with the clarity of hindsight that Randy was “possessive” but ironically, he becomes unfaithful. Prior details the night that she caught him canoodling with the assistant manager of the steakhouse where he worked.   Now, she was free and ready to tackle the upcoming challenge: college.  Prior uses Death of a Salesman to parallel the next step in the journey – defining herself. She eventually meets her husband, a guitar player in a band and marries after a year of dating (considering that I married a drummer after a year of dating, I highly recommend musicians!).  Prior uses Madame Bovary to illustrate how infatuation is often confused with love.  Unlike Emma Bovary, Prior understood that neither spouse is perfect, therefore we should not be disappointed when they fall short of our lofty expectations and preconceived notions of “romance”.  On the contrary, we should extend the forgiveness and grace that is illustrated by our Heavenly Father to our Earthly partner.  At the end of her work, Prior shows us that the story is not yet finished. Books give us the opportunity to transcend ourselves, to encounter Truth, and tolerate our daily struggles.  They lead us to a higher understanding of God and demonstrate how He will meet us where we are, in the valley of our unending sorrow or the trenches of nagging spiritual doubt.  He will meet us…”In the books”. 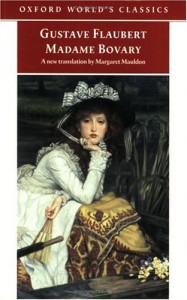 Equally enjoyable to Prior’s personal journey is the inclusion of her astute and comprehensive examination of the literature that shaped her.  Her character analyses of Pip, Mr. Wemmick, and Joe is one of the best evaluations I have read.  Her chapter on “Sex, Symbol, and Satire: Gulliver’s Travels” is the finest exegesis on Swift that I encountered in many years.  Not only does Prior thoroughly understand the text, she applies the lessons seamlessly to her life.  For those who think literary criticism is boring and indigestible, Prior will quickly change your mind. Her story, weaved beautifully within the fictional stories of others, presents an enjoyable portrait of a fascinating woman, while providing keen insight into the classics that we know and love.

I highly encourage you to purchase this book.  As I read, I found a multitude of parallels between her story and my own.  Perhaps that is because every great storyteller knows the common aspects of humankind – love, joy, pain, confusion, struggle – and wraps these Truths around a compelling narrative.  In this way, we see ourselves in others and recognize that all of us are on a similar journey.