I have a small confession: it is difficult to satisfy me at times.  I have a bad habit of questioning and requestioning.  Most people would say that this type of critical thinking is a good thing, but at times it nearly torments me. Casually, I call this “Greener Pastures Syndrome.”  We tell ourselves, It will be so much better once I have more money or My life would really improve if I just had X, or Y, or Z.  I personally don’t care for lifestyle changes (more money, etc.) rather it is difficult for me to trust the inconsistency of an idea that ebbs and flows.  Sometimes our jobs change or our relationships change, we find ourselves carried by the tide to unexpected places far away from the security of the shore.

I often couple this with the rotten world we inhabit today.  Senseless murders, drug and sex trafficking, and the oppression that is taking place worldwide.  It is enough to make you heartsick.  As Christians, we need to address these issues (and for many, continue to address these issues) in our culture.  We need to shun our sinful, selfish natures and learn to pour in to helping others (I am including myself here).  We should not simply help with our wallets, but with our hands, our minds, and our voices as well.

Despite all of this, I still have hope.  From what wellspring does my hope originate?  I assure you it is not of this world.

So what is the root of this traveler’s wanderlust?  Why do I often feel so unsatisfied when God has blessed me so richly?   It hit me:  I’m homesick.

Most casual readers are not familiar with C.S. Lewis’s first work of fiction The Pilgrim’s Regress.  As one could ascertain from the title, it is fashioned after John Bunyan’s famous work The Pilgrim’s Progress. The story follows the odyssey of John from Puritania.  He is aware of the overzealous “Landlord” who imposes rules and regulations on the people.  John attempts to escape the suffocating oppression of the Landlord by playing outside when he hears strange, beautiful music. Then a faint voice commands him to “Come.”  I’ll let Lewis’s words take over here:

“While he strained to grasp it, there came to him from beyond the wood a sweetness and a pang so piercing that instantly he forgot his father’s house and his mother, and the fear of the Landlord, and the burden of the rules. All the furniture of his mind was taken away.  A moment later he found that he was sobbing, and the sun had gone in: and what it was that had happened to him he could not quite remember, nor whether it had happened in this wood, or in the other wood when he was a child.  It seemed to him that a mist which hung at the far end of the wood had parted for a moment, and through the rift he had seen a calm sea, and in the sea an island, where the smooth turf sloped down unbroken to the bays, and out of the thickets peeped the pale, small-breasted Oreads, wise like gods, unconscious of themselves like the beasts, and tall enchanters, bearded to their feet, sat in green chairs among the forests.  But even while he pictured these things he knew, with one part of his mind, that they were not like the things he had seen – nay, that what had befallen him was not seeing at all.  But he was too young to heed the distinction: and too empty, now that the unbounded sweetness passed away, not to seize greedily whatever it had left behind.  He had no inclination yet to go into the wood: and presently he went home, with a sad excitement upon him, repeating to himself a thousand times, ‘I know now what I want.’ The first time that he said it, he was aware that it was not entirely true: but before he went to bed he was believing it” (12).

For those who are familiar with the story, you know that John traverses through several lands, discussing figures allegorically (Hitler and Mussolini among them) and is tempted by science to stray from his pursuit of the Island.  He even meets “Sigismund Enlightenment” who informs John that his strong desire for the island is “the pretence that you put up to conceal your own lusts from yourself” (41).  Throughout his journey, John is introduced to several different individuals who diagnose what “the island” actually represents.

When John finally speaks with Wisdom and Vertue, the moral is made clear:

“There is no man or no nation at all capable of seeing the Island, who have not learned by experience, and that soon, how easily the vision ends in lust: and there is none also, not corrupted, who has not felt  the disappointment of that ending, who has not known that it is the breaking of the vision, not its consummation…What does not satisfy when we find it, was not the thing we were desiring.  If water will not set a man at ease, then be sure it was not thirst, or not thirst only, that tormented him: he wanted drunkenness to cure his dullness, or talk to cure his solitude, or the like.  How indeed, do we know our desires save by their satisfaction? When do we know them until we say, ‘Ah, this was what I wanted’? And if there were any desire which it was natural for man to feel but impossible for man to satisfy, would not the nature of this desire remain to him always ambiguous?  If old tales were true, if a man without putting off humanity could indeed pass the frontiers of our country…then first, to his backward glance, the long roads of desire that he had trodden would become plain in all their winding, and when he found, he would know what it was that he had sought” (97).

I seek because I know good exists, perhaps not always in this world but in another.  At times, in such a fallen world as ours, someone will display bold altruism.  Because of a stranger’s generosity, people in the community are fed and clothed, Africans get clean water or a new pair of shoes, houses are built for those who cannot afford renovations.  In each display of generosity, there is a glimpse of goodness, a glimpse of God.  It is a preview, although brief, of the goodness that awaits us.  And that is why I hope.  I am homesick.

This is also why Lewis’s Mere Christianity affected me so deeply.  It was this passage that finally explained the restlessness I often experience:

“If I find in myself a desire which no experience in this world can satisfy, the most probable explanation is that I was made for another world.  If none of my earthly pleasures satisfy it, that does not prove that the universe is a fraud.  Probably earthly pleasures were never meant to satisfy it, but only to arouse it, to suggest the real thing.  If that is so, I must take care, on the one hand, never to despise, or be unthankful for, these earthly blessings, and on the other, never to mistake them for the something else of which they are only a kind of copy, or echo, or mirage.  I must keep alive in myself the desire for my true country which I shall not find till after death; I must never let it get snowed under or turned aside; I must make it the main object of life to press on to that other country and to help others to do the same” (76).

Let us seize every opportunity to serve.  Let us not sequester and essentially remove ourselves from our culture.  Society needs us.  It needs our hope and our light.  Most importantly, let us not grow weary by what Shakespeare called the “slings and arrows of outrageous forture” or by the threat of change. With each passing moment, we inch a little closer to home, but while we have breath, let us seek a higher purpose and perhaps share a peek at what awaits us.

**For more on this topic, read the article “Not So Fast: C.S. Lewis’s Legacy” by the brilliant Dr. Bruce Edwards. 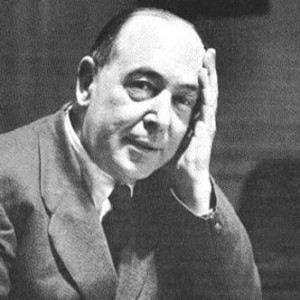