Why I Write and Why You Should Too 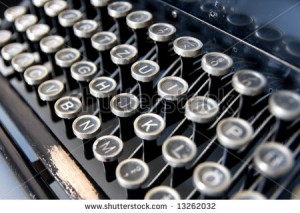 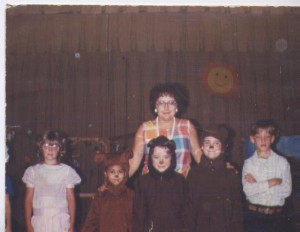 In middle and high school, I joined the choir and quickly discovered my lofty falsetto and a seat in the soprano section.  As my adolescence progressed, I achieved spots in District and State choirs. I competed in singing competitions warbling Italian arias.  I studied with a renowned vocal coach.

Singing was always my identity.

But it was not to be. Instead of packing my dreams in a suitcase and heading to Nashville, I went to college instead. Initially, I attempted to study Elementary Education. However, I changed my mind and minored in Music. I soon realized that dissecting notes robbed me of the mysterious joy of music. I was forced to take singing lessons which were difficult to juggle with classwork. I eventually changed to Sociology.  That lasted for a semester, until a classmate complained that all of the professors in the department “drove crappy cars.” My nineteen-year-old brain with its *adept* reasoning skills hoisted the red flag of impending poverty and I switched majors again.

It just so happened that an upperclassmen who usually gave me a lift home for breaks was an English major; she was particularly interested in journalism.  When I confided in her about my “major” dilemma, she responded that she took English courses because she “looked in the catalog and was genuinely interested in the classes.”  Hmmm.  Seems simple enough. I grew up reading, since I was an only child.  I crept alongside Nancy Drew when she checked out that creepy woodshed, with just a simple flashlight and her courage.  I also read plenty of Archie comics, chuckling at how Jughead always loved those burgers (but yet somehow was still skinny as a rail) and hoping Archie would pick Betty because I thought Veronica was too high-maintenance.  As a teenager, I loved My Antonia and The Scarlet Letter.  For me, reading was as natural as breathing.  Out of options and nearly out of time, I eventually considered an English major a safe bet.

The following semester was my sophomore year and also the point in which one officially declares a major.  I gulped, prayed, and signed up for two upper-level English courses. I launched into the English abyss with renewed hope and enthusiasm.  One class, an American Literature course, required us to read selections of A Narrative of the Life of Frederick Douglass.  Douglass, like myself, had not grown up in affluence but he knew what I knew, that education would provide me with a world of opportunity.  Education does not simply equip you with a piece of paper, but rather an altered state of mind, a sharpened consciousness of the world, a fresh understanding of the patterns buried beneath our existence. The professor prompted us to write about how Douglass escaped slavery.  I wrote up a short piece on how education freed Douglass from both physical and intellectual captivity. The next week, the professor stood in front of our class, mainly composed of lethargic sophomores, and read a piece.  After a couple of sentences, the work sounded vaguely familiar.  Oh crap, I thought, she’s reading my paper!   For the first time in two years of college academics, I felt validated.  I experienced the great ecstasy that I am where I should be, where God wanted me. Finally.

I now had the means to tell my story.

I wish I could tell you that I warmed quickly to writing, but I didn’t.  I continued to pursue music.  After two albums and two different auditions with record executives which did not produce any options, I came to the painful conclusion that it was not going to happen for me. At that point, I was a graduate student in English (Yeah, I know – I’m not great at acknowledging the obvious). By then, I had matured mentally and emotionally, and both aspects were blossoming in my sparse and feeble attempts at writing. But I continued doing it clandestinely – scribbling song lyrics or reflections on life in various notebooks. I never considered it anything other than a means to an end.  I didn’t see it as an experience that fundamentally changes you.  Documenting life has a charming quality about it, but unfortunately, the portrait was splintered and fragmented. I had only written when I was upset.  What a shame that I had overshadowed such fond memories with recordings of the darker moments. I had a good life, and absolutely nothing to complain about. With this observation, I attempted to write with more frequency.  However, I didn’t always do it; it still remained more of an anesthetic than a chronicle.

Last year, when I finished an eight-month writing marathon to complete my dissertation, I finished and breathed a sigh of relief…then a sigh of boredom.  I felt this nagging vacancy in myself.  I didn’t have to write anymore, if I didn’t want to, but I did want to. No, I HAD to. Other people said they liked my writing. My dissertation editor admitted that it was hard to edit, because she enjoyed reading it so much. My committee liked my draft. So now what?

So I start a blog last May.  I write about my loving husband, my dogs, my love of C.S. Lewis, the importance of good leadership, insightful books. And people started reading that.  I was completely astonished. I was back in sophomore English again with God granting me the reassurance that I am home.

The knot was firmly tied when I met poet and head Muse Kelly Belmonte.  I’ll admit I was a little ambivalent about this writing business, until I began a correspondence with her. She challenged me to write (and not just when I’m angry), she introduced me to a multitude of other talented writers, poets, and Muses, and she consistently encouraged me. She has a rare and wonderful gift of bringing out the best in people.  That was it.  I was smitten.  Smitten with words.  Infatuated with sounds.  Allured by alliteration. Crippled and awed by the power of verses and life-altering passages. I wanted to stretch vocabulary and imagery to its limits and create. I think I’m ready now. After all of this time, I’m finally ready to get serious about writing.

Writing is a strong thread that runs through the tapestry of my life. I enjoy it, I wrestle with it, I hate it, I love it.  It pushes me and sometimes I push back, because I am stubborn. But in the end, it always wins. My excuse for everything in life is, “I would but I have to write”; I’ve personified it into a tyrannical slavemaster. But it’s absence is far more hazardous. If I don’t write, I’m like an addict detoxing; I am angry, upset, and chronically discontent with the world.  I seriously go into a funk. It’s an easy diagnosis, quickly cured by writing for a few minutes in my journal or prepping to write a blog (or reading great writing). Writing is like therapy. It may hurt sometimes, but it ultimately heals. I call my office/library “The Womb” because it is where I create. Do I sometimes experience labor pains?  Do I groan in my expectancy?  Yes, but I know the product is something I’ll be proud of.  And spilling out your guts is very cathartic. That’s a nice conclusion.  To read and enjoy and reciprocate by creating yourself.

That is why, dear friends, it is important to share your story.  You never know when a truth you utter will resonate with someone else.  I have often thought, What if C.S. Lewis had decided not to write? What if he had decided to just be a quiet don and keep his faith private, for convenience?  It would have forever changed the direction of so many lives, lives altered by reading Lewis’s work.  He spoke up and the world profited.  How many are waiting to hear your story?  How many chains will you loose with your words?  How many spirits will your sentences lift for someone else (or even yourself)?

The world is waiting…

I needed to read this today. Thank you for writing it 😉

Your last paragraph really punched me in the gut.

I think I have some writing to do…