Pink Ribbons and a Daughter’s Confession

The month of October is full of milestones for me.  First and foremost, it is my Mom’s birthday.  She will be turning 29 (wink, wink), and I am so incredibly grateful for her.  She sacrificed a career to stay home and raise me.  What more can someone give than his/her life to ensure that another will succeed?  Every time I opened my lunch and found scribbled encouragement with my sandwich or was sick with the various ailments which visit kids, she was there always willing to be what I needed.  I could not ask for a more than this.  Words are inadequate to describe how much I love her.

October is also Breast Cancer Awareness Month.  You have most likely noticed pink ribbons on items at the store, on passing vehicles, or on t-shirts and sweatshirts.  That level of awareness is needed in our culture right now because an astounding amount of women are diagnosed with it every year.  It is fierce and undiscriminating. Thankfully, foundations like Susan G. Komen are funding research to eliminate (or at least unravel the mystery) of breast cancer.  More and more women can count themselves among survivors thanks to the research which has emerged in the last few years.

I have mentioned in past posts that my mother is also a survivor.  In January of 2011, she was diagnosed with ductal carcinoma in situ.  The doctor was quick to tell her that “in situ” is latin for “in place” which means the cells are not aggressively reproducing.  Because of this, she was diagnosed as Stage Zero and sent for an MRI.  The MRI revealed more cells were present (not moving, but still present) and Mom was recommended for a partial masectomy.  She underwent the procedure in March.  Thankfully, the cancer had not spread to her lymph nodes (the “interstate” of your body) so the cells were contained.  Due to Mom’s early diagnosis, she did not have to suffer the terrible experience of radiation or chemotherapy.  She developed some complications after surgery, but today she remains cancer-free.  Thanks be to God for that!

Cancer makes you reassess your entire life.  For the first month after she was diagnosed, I was inconsolable.  I couldn’t say the word “cancer” to other people. I often studdered over it and when I did gamble to mention it, spit it out like the word itself was a disease.  I cried at random times, on my planning period at work, in the shower, when I went to bed at night.  No one in my family (close or extended) had ever dealt with cancer.  They all suffered from heart disease. My Dad had quadrulple bypass three years ago. I always assumed at one point, when I’m too old to care, my ticker would tire out.  By then, I would most likely be wrinkly and apathetic, chomping on fig newtons in a retirement home and watching people drive by outside hoping God would pull right up in his chariot to come get me, like Elijah.

On that January day in 2011, I prayed for a miracle.  I remember what I was wearing, the layout of the doctor’s office, the overcast skies visibile from the windows of the hospital.  And then he entered.  The doctor delivered the diagnosis as my Mom sat there stoically.  She was expressionless, the hospital gown draping off her shoulders.  I remember thinking, after he said “carcinoma”, No God no.  Why?  Didn’t you hear me last night…or all those nights before?  I knew I would start getting questions.  I knew I had to be strong for her.  Most importantly, I knew I had to trust God through this.

Mom’s diagnosis threw me for a loop.  I had never, in a million years, considered it an option.  My Mom’s sisters do not have it, her mother does not have it, none of the women in my family had it.  It was never under consideration.  What now?  Her doctors were asking, “Do you have any children?”  “Yes”, Mom replied, “I have a daughter.”  She included me in many of the doctor’s visits so I may understand the procedures if I ever had to experience it.  What a difference a few months can make on your outlook.  Cancer had interrupted my normal life and now, I was scared.  Yes, I was scared.  I was scared for her and I was scared for myself.  I didn’t want to deal with this.  I wanted my “normal” life back where I could complain about what happened at work or obsess over some frivolous detail.  I wanted to remain numb and distracted.

At the time, I was reading The Chronicles of Narnia for a paper I was presenting in February.  As you may recall from a previous post, I empathized with Digory Kirke, who begged Aslan for a Narnian apple to carry back with him to London which would heal his mother.  I told a colleague that if I could just produce that apple, if I could somehow make her cancer go away, I would.  I would conquer who I needed to conquer.  I would wage war against all evil.  But  when I read those pages, all I wanted to do was cry on Aslan’s mane.  I wanted to curl up, his breath softly blowing the tendrils of hair around my face, and have him envelop me in all my sadness and vulnerability.  I knew I would be safe there – away from machines and medications and test results.  When Aslan cried for Digory, I cried too.  I knew God understood my sadness.  Then I knew it would be okay in the end.

Still there was the shred of doubt.  I prayed she would endure it but I worried, in a small corner of my mind, about my own fate.  Every time I strolled through a Victoria’s Secret or purchased a sports bra, the fear would creep in.  It was relentless.  I stared critically in the mirror at my reflection.  At 31, what had I done?   If my life ended today even, what have I accomplished?  I was reminded of lines in T.S. Eliot’s “The Hollow Men”:

Between the idea And the reality

For Thine is the Kingdom
Between the conception

Life is very long
Between the desire

For Thine is the Kingdom

The Shadow is my fear.  Even when I put it out of my mind, it was unconsciously still there.  I could not sweep it under some figurative rug, I had to eradicate it.

In February, I emerged as if from a coma. God gave me the fortitude to conquer my doubts.  I cannot live in the fear of the Shadow.  That is not living; that is merely surviving.  To live in a “waiting-for-the-other-shoe-to-drop” mentality is constant misery.  God gives you this day – let us rejoice and be glad in it.  The Bible commands us not to worry about our future, but be grateful in the present.  I had to make a conscious effort to do it, but it can be accomplished. I wanted to go to Europe for many years. I was tired of postponing it.  Life is not waiting to happen; life is now.  That same month, we booked a flight to London.  Later that spring, I spent eight glorious days in Europe, watching a play at the Globe Theatre, standing in the shadow of Big Ben, touring the fascinating exhibits at the British Museum.  Also, I did observational research on C.S. Lewis while I was there (in both England and Ireland).  I picked flowers from the yard in Belfast which circled his birthplace, saw the shipyards where he grew up, traipsed around his house The Kilns in Oxford, and listened to birds warble around the pond (which is now part of the Lewis Nature Reserve).  I was reinvigorated. I cast off my hopelessness like a tattered coat.  Enough was enough.  I could no longer carry the burden of anxiety any longer.  On with my life.  Onward and upward…

It is my sincere hope that culture does not belittle the agony of this disease.  I’ve had students who wear “I heart boobies” bracelets and of course, we all know of a national restaurant chain which exploits women and their “assets”.  It is incredibly juvenile to mock someone else’s battle.  Pink ribbons are symbols of hope, not a punch line for immature people.  It is a real disease.  It causes pain and tears.  It makes people examine their own mortality.

When you see pink ribbons out this month, think about all those who we’ve lost, but also those who remain.  I know people, and perhaps you do too, who are in the throes of battle right now. They fight because life is worth living.  They did not, as Dylan Thomas writes, “go gentle into that good night”.  When my mother was diagnosed, my husband kept telling me, “It’s only a speed bump.  She will get through this.”

He’s right.  There is a big difference between a speed bump and a stop sign.

Perhaps “in situ” means “in place”, but my Mom’s victory over cancer was one of the most inspiring and motivating events of my life.  It has prompted me to move forward with improved awareness, to be grateful, to embrace the abundant life.

In honor of my Mom’s victory, I wrote a few verses.  And for all breast cancer survivors and soldiers, please keep going.  You owe it to yourself to live the best life!

That will purge the cancer from her.

The physician uttered it delicately, as a whisper

Yet it had crashed on our ears

Tangled among wires and IV drips

Her new chest rises and falls

Dozing softly with the euphony of hospital noise,

The steady staccato of heart monitors, the muffled exchange on HGTV,

Tomorrow she will see the sunrise with new eyes

For she is more than a conqueror. 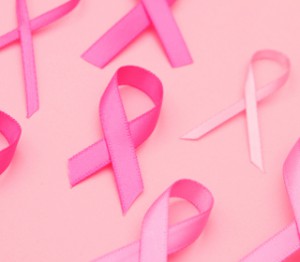