HUMOROUS: Why I Want to be a Hip-Hop Dancer 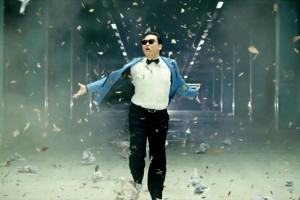 The Bible tells us that David danced in front of the Ark of the Covenant, but the authors unfortunately do not provide us with further specifics.  Did he do the Jelly Roll?  The Electric Slide?  The Window Washer?  Did he cry out, in the midst of his rejoicing, Oh Lord, wilt thou teach me how to Dougie??

I love to dance.  The problem is I can’t. I am a consummate book worm.  I have two left feet.  I lack that precious skill called “swagger.”  So I gave up the dream of wearing those cool parachute pants and moving gracefully across a stage behind a rap star. At some point, we all have give up the dreams we know are not ours. If a man can do nothing but create stick figures, Thomas-Kincade style landscapes and majestic portraits are out of the question.

However, not all dreams crash and burn so easily.  I secretly get to indulge my fantasy through the gift of virtual reality (which can, ironically, have realistic implications).  It all started when I noticed that I needed to lose some weight…

Back during graduate school (Master’s), I noticed I was developing a “little belly” from the late night eating binges and added stress. My pants were getting tighter but I ignored it and continued eating the package of Oreos and Soft Batch cookies. AND, I can’t forget about those awesome crème-filled cupcakes with swirls on top.  A ravenous appetite is one of the unforeseen side effects of graduate school.   And with tackling a mile-long reading list and an arduous thesis to write, who has time for exercise? Hey, Heart of Darkness isn’t going to read itself.  My metabolism had slowed to a crawl, like a creeping-through-the-desert-with-no-water-and-the-sun-beating-on-your-back crawl. Finally, in 2009, I had a bit of a wake-up call.  At 53, my father had quadruple bypass surgery.  Then I discovered that heart disease was rampant in both branches of my family.  In essence, I was a genetic bulls-eye.  I decided that year that I would begin a fitness regimen, reclaim my old body, and hopefully prevent (or at least postpone) any future heart issues. Besides, in my supreme negligence, the “little belly” had grown unchecked and eventually expanded to my hips.  I was nearly 40 pounds heavier. My husband’s co-worker even asked if I was pregnant.  I quickly and shamefully reassured her that I wasn’t. Instead of dropping the topic, she fumbled headlong into an inconvenient (and somewhat embarrassing) argument.  “Oh sure she is,” the girl sternly replied, unaware of the impropriety of such comments.  The fact that I had to convince someone else that I was NOT pregnant was enough to challenge my previous apathy and fuel determination for real change.

Because I had no money to join a gym (I already said I was a graduate student, right?), I purchased the Nintendo Wii and lost 23 pounds.  I was in shape, feeling better, eating better.  Then 2011 happened. My Mom was diagnosed with breast cancer all while I was reading and later writing for my dissertation.  Everything went out the window.  I ate all the unhealthy crap again, out of stress and depression. By the end of that year, I had gained all but one pound back.

Then I saw a commercial for Zumba.  I had heard great things about the program.  Basically, women dance and incinerate calories. Health magazine claimed that women could potentially lose 1100 calories in an hour. Best of all, you didn’t have to know how to dance. Sign me up.

Many friends encouraged me to attend a local class, but there was no way I was going in front of God and everyone (some of them equipped with camera phones and accounts for YouTube) to humiliate myself.  I had no desire to enter a room full of relative strangers and shake what my Momma gave me. I’m sure if I truly attempted to shake it, it would be incredibly awkward or I would possibly break something. Instead, I elected to buy the Kinect game.  It turned out to be the best fitness decision I made.  The mid-length class passed quickly because I was more concerned about getting the steps right (and all while having fun). I was burning 1000 calories a session. Thanks to that game paired with a diet of salmon sandwiches, I lost enough weight to not scare people off the beach when I went to Key West last summer. The rigor of the class and a balanced diet were helping me shed pounds and get my old body back.

However, the main reason why I adore Zumba is that it taps into an old desire of mine – my hopes of becoming a hip hop dancer.  That’s right, this book nerd wanted to be a “fly girl” on In Living Color. When I was younger and my parents left the house to run errands, I would put on headphones, pop in a CD of “No Diggity” and flail around the house like those crazy arm balloons you see at used car lots. For me, it was liberating to dance and, you know, not suffer extreme social isolation.  Who wants to wear a scarlet NS on their chest (“No Skills”)?

The main problem is that my body is rather stiff.  My knees are nearly always locked and my hips cannot operate independently of my trunk and legs. Therefore, if I attempt to swing my hips, the rest of my body follows without avail. It’s like watching a rag doll being pulled by her belt into a tornado. Instead of moving hips seductively like Elvis, I’m having some sort of seizure which (instead of mesmerizing them) prompts people to call the paramedics. My elbows, in frustrating contrast, never lock. They have some sort of perpetual bend which makes a powerful fist thrust look like a knobby tree branch. Form is definitely not my forte. Another great benefit to the Zumba game is that you are only 2-3 inches tall; the screen is dominated by virtual dancers.  That way, you think you are casting some sort of erotic spell with your movements (a la Sucker Punch), until you glance at the left corner and see this corny figure clumsily beating the air with her fist and twirling like a lunatic.

Nonetheless, I am beginning to get the hip movements. You won’t see me on So You Think You Can Dance? anytime soon, but my body is slowly beginning to obey what my mind dictates.  I enjoy my morning workouts (finally) and my clothes are fitting better.

So in the fortress of my living room, in front of a T.V. and sofa that won’t mock me, I surreptitiously spin and stomp my pounds away.  It’s not graceful, it’s not pretty, but it’s progress. And somewhere deep down, the fly girl who wants to break out some mad grooves smiles in satisfaction. Don’t ask her to come out in public or “in da club” though.  Seriously don’t.  I’m not that confident.  If you want real dancing, watch the video below.

Its moments like these where I am reminded of a quote from that great classical movie of our generation “Wild Hogs”. The scene where that great character Dudley Frank, the computer nerd with the Apple tattoo, is encouraged to dance and he says “The music moves me, but it moves me ugly”. Yeah….I’m with you