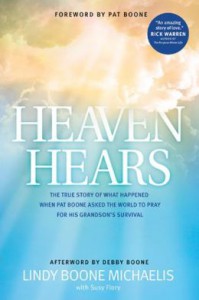 Photo courtesy of Barnes and Noble

“To all those who have received that terrible phone call about a loved one – injured, in the hospital, or in a crisis – and filled the waiting rooms, in pain and in prayer.  I wrote this book for you.  May you discover the faithfulness of the Father as I have”

As long as I live, I will never forget that 5 A.M. phone call.  My father had just endured a quadruple bypass operation and wanted to retain his dizzy, pre-surgery schedule.  But his body, and his newly-altered heart, could not maintain the pace.  One morning, as he was preparing to leave for work, he passed out in the kitchen.  My Mom heard him drop to the floor, rushed in to assist him, and picked up the phone to call me.  Stirred from slumber, I looked at my phone and the alarm clock.

And then I panicked.

Her words were barely audible as she choked back tears to tell me that her worst nightmare was finding my Dad in the floor.  In that brief moment before Dad regained consciousness, she envisioned a life stretched out in bitter, stinging loneliness – of endless days in an empty house, of his workshirts hanging undisturbed in their closet, of his dusty motorcycle in the shed, of the irreparable damage to her broken heart that accompanies the loss of a soulmate.  But that was not the end of the story. Thankfully, Dad recovered quickly. He learned how to establish a new pace.  But anytime my phone rings in the middle of the night (which isn’t very often), my mind races and my adrenaline rushes.  Circumstances can change quickly.  The soft jingle of a cell phone can usher in drastic change.

Lindy Boone Michaelis experienced that noctournal phone call in 2001.  While asleep in Spain, her son Ryan Corbin accidently stepped through a fiberglass skylight and plummeted three stories to a concrete floor.  Ryan was an energetic, aspiring playwright and actor in Hollywood.  He had recently finished a script which retells the story of Jesus in modern times.  He had a bright future ahead of him. 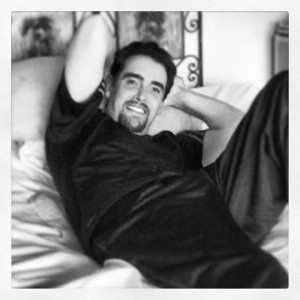 Ryan before his accident, courtesy of facebook.com

That afternoon changed everything. Ryan sustained major injuries (requiring 36 pints of blood when he arrived in the ER), including significant trauma to his brain.  Lindy was unaware that her beloved son was fighting for his life in a Los Angeles hospital.  When friends and family finally reached her, Lindy immediately scheduled flights back to the States to be at her son’s bedside.  She began the long odyssey back to Ryan’s side, rehearsing various scenarios in her head, worried that she would lose her firstborn.  She pleaded with God to spare Ryan and repeated this mantra which would give her strength through the proceeding years:

Meanwhile, Lindy’s parents kept vigil on Ryan’s progress.  Readers may recognize her father as the pop singer turned evangelical artist Pat Boone.  Boone was well-known in the 50s and 60s for covering R & B hits and for later hosting The Pat Boone Chevy Hour with his family (including Lindy). 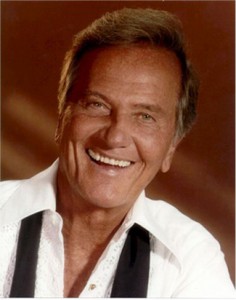 In fact, the first portion of the book outlines Lindy’s childhood and religious rearing.  This is the backdrop for the hope she expresses after Ryan’s accident.  Even in the darkest valleys of Ryan’s recovery, Lindy clings to an indomitable faith in Christ.  The Boone family uses their fame as a platform, urging people to pray for Ryan.  The book actually begins with Lindy’s appearance on The Larry King Show, asking for worldwide support.  The Boones appear on the show several times (Pat Boone and Larry King are longtime friends), and every show yields thousands of letters originating from all over the globe:

“I was deeply touched by your will to survive.  Though you have not recovered fully physcially, what is important is YOU, who [are more than] his body…We have a song in our language which says, even if the gold has a defect, the glory of the gold is not dulled.  If a lion’s leg is injured, his bravery doesn’t diminish.”

Ryan made slow, but steady progress in his recovery.  Lindy admits that it seemed that Ryan would take “one step forward and two steps back”.  Lindy was transformed from the mother of a boisterous, ambitious twenty-four-year-old adult son, to his full-time caretaker.  She rejoiced when he would move his head, wiggle his toes, or prove that he can hear and understand his family.  The family incurred a steep financial obligation financing Ryan care, sparing no expense on new and innovative therapies that would increase Ryan’s chance of recovery. Ryan experienced a hyperbaric oxygen chamber as well as new medications to repair his body while minimizing the side effects of brain damage.

What I admire most about Lindy’s narrative is her honesty.  Despite her “fairy tale” upbringing with a famous family tucked away comfortably in Beverly Hills, Lindy’s journey is rife with struggle.  To begin, becoming a 24-hour caregiver is extremely difficult.  Lindy must always ensure that Ryan receives loving care from his nurses.  He is completely dependent upon her and her family. The role of caretaker also takes a toll of the personal life of a caretaker.  Lindy carefully yet comprehensively outlines the stress to her marraige and on her daughter and young son.  All of them had to endure Lindy’s absence for the years she remained by Ryan’s side throughout various hospitals and therapy clinics. She is also very candid about the support (or in some instances, the lack of support) she received from others.  For instance, Lindy tells of the aggrivation she felt when people appeared to become apathetic of Ryan’s suffering. She admits that she was unkind to Ryan’s former fiancee, who eventually broke off the relationship after the accident. These changes are very difficult to tolerate, but Lindy embraces them with the strength and assurance she receives from God.

Secondly, brain injury can significantly alter an individual’s personality.  Lindy admits that after the accident, Ryan, who was known as a passive, loving person, became distrustful of adult males, aggressively lashing out and using profanity.  In fact, Lindy had to become comfortable with Ryan’s colorful language, peppered with expletives due to his lasting trauma. She equates this to someone who suffers from Tourettes Syndrome.  Lindy unfailingly continues to love her son through these changes.

Throughout her trials, Lindy remains sure of one thing: Ryan will live and not die and declare the glory of God. His story has already touched many lives around the world.  Now, with this publication, she shares the full story of the turmoil and the triumph of her son’s accident and recovery.  Lindy and her father have established a non-profit organization, Ryan’s Reach, which assists with the financial costs associated with treating patients with traumatic brain injury.  Today, Ryan lives with his parents in California and uses his story to “reach” new generations and inspire hope and faith. His story, like Lindy’s, continues.  They serve to remind me of a God who still performs miracles and transforms our life stories with every page.  I recommend this book to enrich your understanding of human perseverance, strengthen your faith, and to appreciate the daily miracle of life.