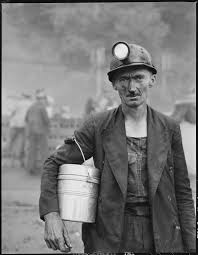 There was a loud wail and an agonizing push. The mother lay sweating and screaming, her divided legs steadied against the bedframe. The contractions were coming quicker now. Catherine stood stoic and focused, calling for more rags warmed by the fireplace. From the dark womb came a flailing limb. Breach birth, Catherine thought. Just like those Henderson boys, always making an entrance. The young midwife chuckled to herself, and then took a deep breath to muster confidence. She courageously thrust both hands up through the birth canal and pulled her nephew, feet first, out into the crooked world. The boy was limp in her arms. There was no rowdy rejoicing. She balanced the slippery infant across her arm, cradling his delicate skull in her palm. Robert, her stocky brother-in-law, was wiping his wife’s face with an old rag and uttering assurances. The whole family seemed to hold its collective breath as Catherine placed her fatiguing finger in the baby’s mouth to remove any hindrance to the airway. Please, please cry, she silently prayed. The cheeks were blush and warm, which was indeed promising. After a moment of hushed expectancy, the child finally opened his mouth and weakly moaned. Then it slowly began to squirm, a drowsy sleeper coming to life. A sudden inhalation and then he began to cry, shrill and forceful. It filled the thick air like an angelic chorus. Smiles spread across the room. Whispered prayers of gratitude echoed around her. She handed the fragile infant off to her beaming sister and headed to the front porch, sweeping sweat and auburn wisps of hair from her damp brow.

Amber filled the morning sky. The drizzle had finally stopped. A triumphant sun was melting darkness behind the Appalachian horizon of White Ash groves. Catherine stepped out into the autumn fog, inhaling a familiar mixture of mountain air with hints of chimney smoke. She knew it was going to be a long night. For seven long hours, Catherine wrestled with the child, and after seeing the smile brighten her sister’s face, she could finally allow the nervousness to leave her. She was worried however. Worried that her sister’s family was already suffering.  The long hours slaving beneath God’s Earth and the company store’s ever-inflating prices. And in the midst of all of this turmoil, another beautiful child emerges like sunbeams perforating the darkest storm cloud. She needed water and fresh air. Her niece Lily quietly led her to the old water pump, where Catherine began to wash the blood and afterbirth from her slender arms. Crickets chirped their staccato notes in unison while Lily raised and lowered the squeaky arm, coaxing a burst of cold water from the rusty nozzle. An eerie silence began to settle.

“Well, are you happy for a new brother?”

The girl was quiet for a moment. Catherine could tell that she was deciding if she would be honest, or give an answer her momma would expect her to give. She began inspecting her worn shoes, head hanging and shoulders slouched with sadness.

“No? But you will have a new baby to play with. And someone to help you with the chores later on.”

Lily lifted her head and peered straight into Catherine’s eyes. “It’s just another mouth.  We only got so much scrip a month. Now I gotta split it with that baby.”

And just like a guilty confessor, she turned away, ashamed to have uttered such an awful truth. Catherine never realized that the child didn’t see the birth as a blessing, but as an opponent for survival. Eight years old and already sobered to the cold realities of poverty. A strange pause resumed between the two of them. Catherine wished to respond, but her tongue was fixed. She shivered as the water trickled down her aching limbs.

Suddenly, there was a loud shout. Up out of the bend came a woman, breathless from staggering through the brush, her hem and boots trimmed in mud. She screamed Catherine’s name. “Catherine! Catherine! Oh God. Please come down to the mine. There’s been an explosion. Our boys are inside.” Instinctually, Catherine broke into a sprint down the weeded path toward the windy gravel road. Virgil was in there.

She had met and married him just six months ago. Virgil was tall, lanky, and dark-haired.  He was Robert’s brother, and as strong as an ox. She saw him coming out of the local diner, squinting in the spring sunlight. He had the proud gait of a man who worked for his keep. She remembered thinking how ravishing he was. She was instantly smitten. Within a month, they asked a local preacher to marry them. It was a humble ceremony, but Catherine was incandescently happy. When the papers began to speak of economic distress and plummeting stocks, Catherine fought to remain optimistic. Even in moments when she was plagued with doubt, he soothed her with his solemn promise, “I will always take care of you, Cat.”

All of those lovely memories lingered in her mind as she ran full tilt through the wild, unbridled woodland. She was gasping for air, lungs sore and heaving, but refused to slow her pace. The aroma of wet leaves filled her nostrils. Tears escaped her eyes, leaving wet trails on her temples as the wind rushed against her face. She was close now. The faded tipple rose sharp against the rolling West Virginia hills, creating a towering shadow as Catherine stumbled toward the mine. As she approached, an onlooker swirled around and she heard her name murmured among the crowd. It was an ominous sight – an assembly of neighbors flocking toward the mine shaft as vultures hover around a fresh tragedy.

“Catherine, Catherine. I think they’re bringing Virgil up,” a man assured.  Foreign noises came from the entrance. The mountain coughed black dust and bodies as the hours passed.

One by one, they began to emerge. Twelve in all. With each body came a mingling of sorrow and renewed anxiety. “There are two more,” a mine worker exclaimed. Catherine felt the blood rush from her face, replaced by an abiding numbness.

Just then, the black mouth of the accursed cave belched out a thin, charcoaled man on a makeshift stretcher. His heavy boots were leading the rest of his body, bloodied and unresponsive as the workers wrenched him free from the bowels of the Earth. Although he was covered in dust, his gold wedding band shimmered in the morning sunlight. Catherine took one look as his sober, lifeless face and knew. No coating of filth can hide the unmistakable expression of death. His face looked strangely serene. His mouth was relaxed; his brow no longer furrowed with apprehension. She took his face in her trembling hands and caressed it for the last time.

Three days later, he was buried in his best suit, imported from Charleston for their wedding at the First Baptist Church. Before his brethren returned Virgil to the ground, she removed his ring and placed it on chain. It swung quietly on her neck as the ladies ascended the steep hill toward the cemetery, a mournful procession of widows with puffy eyes and wardrobes of black. The babies cried and the children grasped their mommas’ legs. The whole scene – the willow trees planted along the graveyard’s gentle slope, these tired women dressed in dark clothes, the preacher’s soft baritone describing the sting of grief and promise of everlasting peace – was blurred by the overwhelming ache of loss. The Lord giveth and the Lord taketh away. To return to the ground in which they had once worked by sweat and headlamps. But the light was now extinguished and the darkness which gave them sustenance had now enveloped them.

Later, the mine officials made a statement about the accident. They blamed the whole thing on the mistakes of the team lead, now lying with the rest of his crew. How appropriate, Catherine thought bitterly. Blaming the dead.

Eventually, Catherine was forced to move in with her sister. In preparation, she sifted through the remains of her brief marriage and recalled fondly Virgil’s strong hands, his gentle voice and a silhouette weaving through the pre-dawn mist, supple shoulders heavy with exhaustion. Then the tears began anew.

Within a few days, checks of consolation arrived. The squeak of screen doors opening and a brief exchange. There was the ominous knock. Catherine arose from the sofa to greet the coiffed, clean-shaven man from the coal company. He smiled faintly as he placed the manila envelope in the Catherine’s hand. He muttered some generic condolences. Then, as quickly and indifferently as he had arrived, he turned and walked away. Like a modern Pontius Pilate washing his hands of the whole affair.

Catherine cringed. Did the company really think this would suffice? She had crawled into bed that night and every night since, shaken with grief. She reached out for Virgil’s muscular arm, for his warm torso, but seized only darkness. Nothing remained but the unsatisfied longing. And the loneliness was supposed to be remedied by this cursed check? The thought was so absurd she nearly laughed as the man descended the stairs and vanished.

The infant is strong now. Lily has begun to smile again. The children anticipate Christmas in the valley.