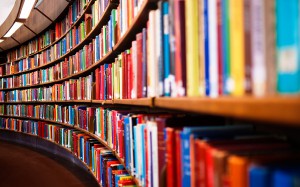 I’m a woman shackled to consistency, so let me begin by (once again) apologizing for my absence. School, work, and family illness have kept me occupied, but I have a resolution to blog more in 2017.

In other quick news:

**If you haven’t yet, make sure to pick up a copy of the latest issue of VII, which includes my transcription of Jack and Warnie’s previously-unpublished Pudaita Pie.

**Also, I am happy to announce that I am now the review editor for Sehnsucht: The C.S. Lewis Journal. I will have purchasing information available for the 2016 edition as soon as possible!

Now on to the books…

I’ve begun the task of creating my TBR pile for 2017. Although this is subject to change (and I’m certain it will), I like draw a basic outline of my reading life. It will have some alterations as I purchase new books next year, although my plan is to drastically reduce what I buy. I will also have required reading for my MFA coursework. I realize that I have an ambitious TBR. I know that I won’t read ALL of these, but it’s a start. Feel free to follow me on Goodreads and watch my progress!

As I have previously mentioned, I am pursuing an MFA in Creative Writing. My application to the program featured poetry, but I am working diligently on improving my prose/fiction writing. Thus, my literary diet is dominated by fiction. I have a small sprinkling of nonfiction, mainly in the “Inking” section. I am breaking books down into three categories: Fiction / Nonfiction / Inklings.  This sums up my reading habits pretty well. The following are in alphabetical order by author, not reading order. The fiction genres are all mixed, and I plan to do thorough rereads on the starred (**) works. Some of these books are chunky, so I’m cautiously optimistic about this list, but I accept the fact that some books may be bumped to next year since I’m in school. ALSO, there is a strong possibility that I will complete some writing (fingers crossed to have my sample chapters ready for a publisher), so this will absorb some reading time.

Geraldine Brooks – People of the Book

Jesse Burton – The Miniaturist (read and loved The Muse)

Bill Clegg – Did You Ever Have a Family?

Louise Erdrich – The Round House

Richard Flanagan –  The Narrow Road to the Deep North

Mario Vargas Llosa – The Dream of the Celt

Ruth Ozeki – A Tale for the Time Being

Brandon Sanderson – The Well of Ascension, The Hero of Ages, The Way of Kings, Warbreaker

J.R.R. Tolkien – The Lord of the Rings**, Kullervo, Beowulf

Adriana Trigiani – All the Stars in Heaven

T.H. White – The Once and Future King

Justin Dyer and Micah Watson – C.S. Lewis on Politics and the Natural Law

Jerry Root and Mark Neal – The Surprising Imagination of C.S. Lewis: An Introduction

Tom Shippey – The Road to Middle-Earth: How J.R.R. Tolkien Created a New Mythology

There it is: my intended list for 2017. Just reading it makes me dizzy, but it also gives me some direction for the next twelve months. If you would like to buddy-read any of these works, email me at thatlewislady@gmail.com.